Riveting process: refers to a green connection method that connects nuts, screws and other materials to sheet materials by means of pressure riveting, expanding riveting, extrusion or pulling riveting.

The pressure riveting process refers to a connection method in which part or all of the riveted parts are pressed into the sheet material on special equipment, using a mold and using a certain pressure.

The connection between the riveting part and the plate part is a deformation connection in the circumferential direction, which can bear a large push-out force, but a small torque. The hexagonal expansion rivet nut needs to have an undercut, and the torque that the expansion riveting riveting part can bear is increased by the engagement of the flower teeth or the undercut with the plate.

3 and 4 are schematic diagrams of the riveting process of the circular rivet nut and the hexagonal rivet nut, respectively. 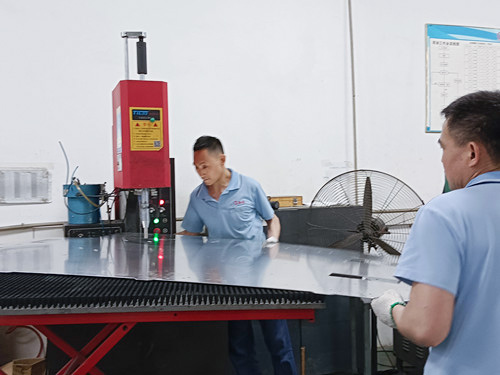 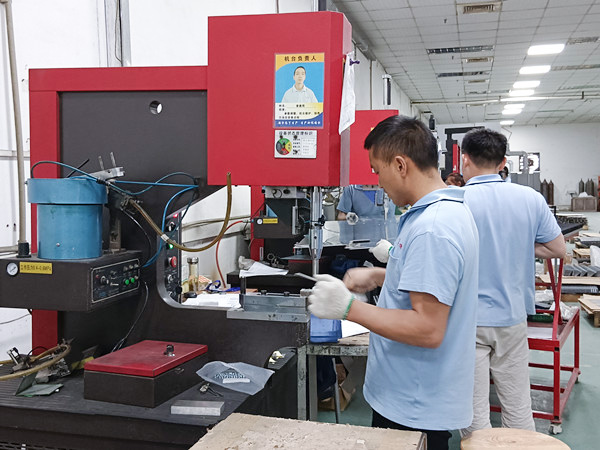 The pull riveting process mentioned in this specification refers specifically to pull rivet nuts, which are commonly called pull caps. The method of the riveting process is: using a special tool to pull the gun, through the pull gun head bolt and the internal thread of the rivet nut, the pull gun drives the head bolt to rotate, thereby driving the relative movement of the nut, causing the thin-walled area of the nut to expand and deform , until the sheet is pressed.

The rivet nut clamps the sheet material through local deformation, and can withstand a large push force and a certain torque.

Generally, there are three ways to fix screws:

3) When you punch through the hole on the plane of the sheet metal part and then rivet the self-clinching nut of the finished product, the hole diameter D of the riveting fixing nut is better than the size recommended by the manufacturer. However, when riveting nuts, it must be noted that PEM (Penn Engineering & Manufacturing Corp), a large manufacturer of stand-off / self-clinching nuts, has a special riveting machine. But they process riveting one by one, which is labor-consuming, time-consuming and money-consuming. Therefore, almost all processing plants use general punch to rivet. If the unfortunately used machine is a traditional press, the nut may fall off. The reason is that the stamping speed of the traditional stamping machine is too fast, and the material of the workpiece has no time to fill the nut or stand-off groove. No problem can be found from the appearance, but some nuts will fall off when assembling the finished product. Therefore, the machine for riveting the fixed nut is best to choose one that can adjust its stamping speed.

GET IN TOUCH OR GET A QUOTE