1)Wire Drawing. The so-called sheet metal wire drawing is to put the material between the upper and lower pipe wheels of the wire drawing machine. The pipe wheel is attached with a sand belt, which is driven by the motor to let the material pass through the upper and lower sand belt and pull out traces on the surface of the material. According to the different sand belts, the thickness of the traces is also different, and the main function is to beautify the appearance. Generally, the surface treatment method of wire drawing is considered only for aluminum. 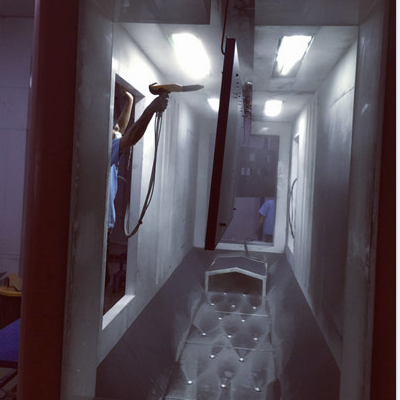 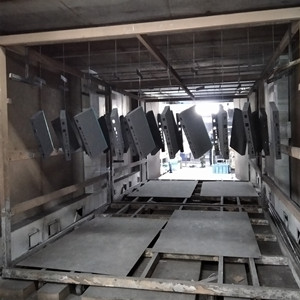 4)Electroplating. Through chemical reaction, a layer of other metal is attached to the surface of the material to increase the corrosion resistance of the metal and achieve a certain beautifying effect. It is a commonly used surface treatment method, such as electro galvanizing, nickel plating, etc. 5) Anodizing Oxidize the metal on the workpiece surface and form a dense protective film on the workpiece surface to increase the corrosion resistance of the workpiece Generally, there are two ways: chemical oxidation and anodic oxidation. It is a common surface treatment method, usually including primary color anodizing and black anodizing. Aluminium alloys are anodized to increase corrosion resistance and to allow dyeing (colouring), improved lubrication, or improved adhesion. However, anodizing does not increase the strength of the aluminium object. The anodic layer is insulative. [3]When exposed to air at room temperature, or any other gas containing oxygen, pure aluminium self-passivates by forming a surface layer of amorphous aluminum oxide 2 to 3 nm thick, [4] which provides very effective protection against corrosion. Aluminium alloys typically form a thicker oxide layer, 5–15 nm thick, but tend to be more susceptible to corrosion. Aluminium alloy parts are anodized to greatly increase the thickness of this layer for corrosion resistance. The corrosion resistance of aluminium alloys is significantly decreased by certain alloying elements or impurities: copper, iron, and silicon, [5] so 2000-, 4000-, 6000 and 7000-series Al alloys tend to be most susceptible. 6) Silk Screen Printing. The process of screen printing various marks on the surface of materials generally includes flat screen printing and pad printing. The main principle is the same as that of camera film imaging, which is also an exposure process Flat screen printing is mainly used on general planes, but if there are deep pits, pad printing is needed.

GET IN TOUCH OR GET A QUOTE